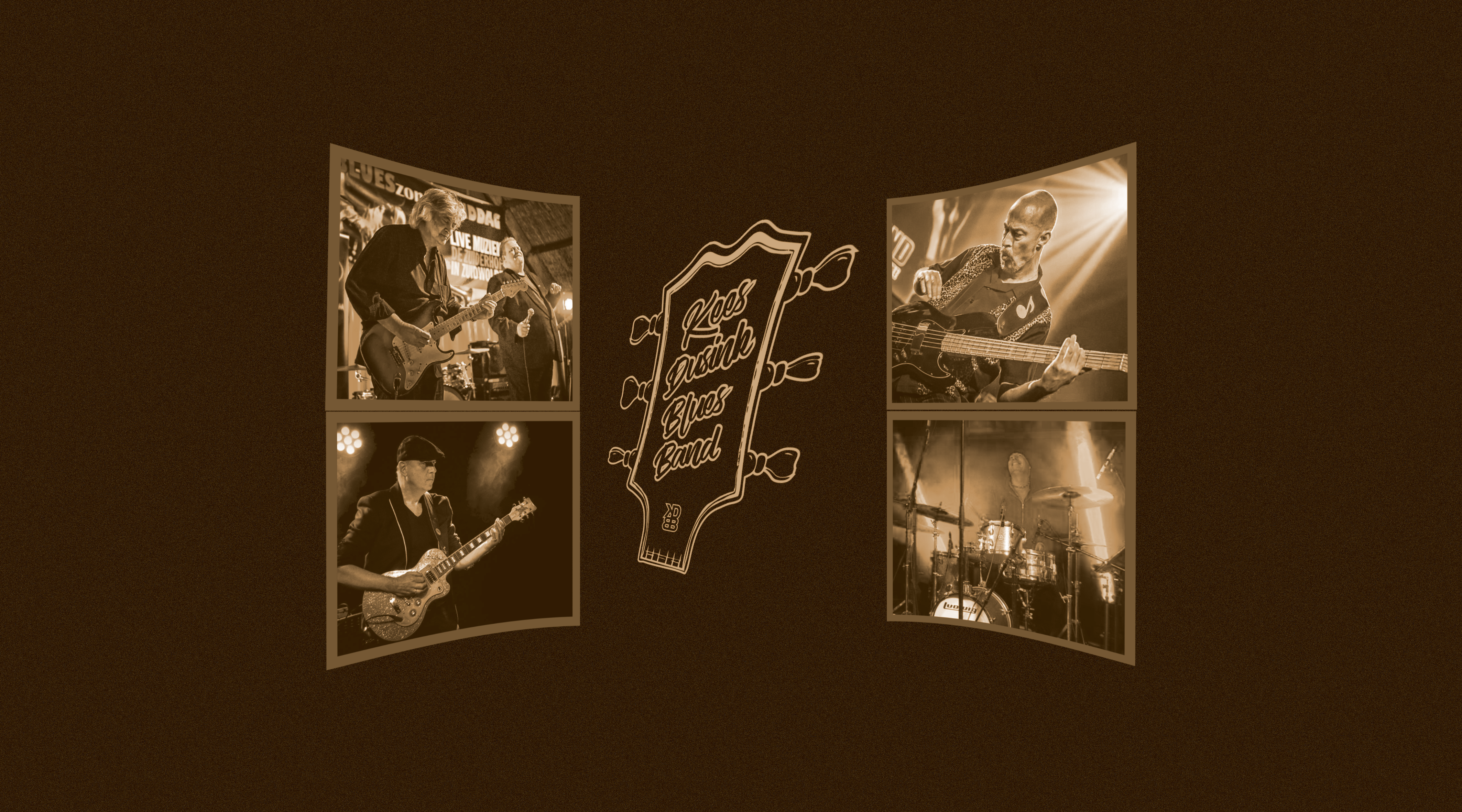 Together these guys have something magical on stage. They capture the audience from the very first minute until the last one.
The Band
The KD Blues Band is formed around multiple Dutch Blues Award winner Kees Dusink. He has a recognizable and distinctive guitar sound that unmistakably is inspired by his all-time guitar hero Peter Green. Kees was Lead&Slide guitarist and composer of The Twelve Bar Blues Band, which band belonged to the absolute top of the Dutch blues scene for many years.
Kees is surrounded by excellent musicians. Singer of the band is Marc Bocken, well known from his former bands The Antones and Stax Cats. Marc was an excellent soul-singer, but in this band he proves that the blues has  no secrets form him anymore.
In the heart of the rhythm section bass player Patrick "Sideburn" Obrist who won a Dutch Blues Award for being best Dutch bass Player, takes care for tight and creative bass lines. Patrick is known as one of the most remarkable bass players in the Netherlands. Every note he plays is well thought and comes straight from his heart. For more than 10 years Patrick and Kees together played in the Twelve Bar Blues Band. This band won the Dutch Blues Award for Best Dutch Blues Band in 2011. Kees and Patrick together recorded 4 CD's and these guys can find each other blindly on stage.

Rhythm guitarist of the band is Buzz Badweather. Buzz already played with Kees in the successful "The Blues Forever Project". This fully instrumental project delivered Kees' best sold Blues Album ever.
Finally the band is completed with a real experienced drummer Frans Ogier. Frans is well known from The Rude Move and Jean Paul Rena Band. He is one of the most tastefull bluesdrummers in the Netherlands.
Showtime
The Ultimate Chicago & British Blues Sounds
Audience and bookers agree about one thing for shure.....the KD Blues Band captures the attention of the audience from the very beginning until the last minutes with a varied program. Tight Chicago shuffles, "Albert Collins" grooves, screaming slide-guitar and deeply moving ballads form the heart of the show.

The band is heavily inspired by the British blues bands of the sixties, like John Mayalls Bluesbreakers and Fleetwood Mac. But the inspiration also comes from traditional American bluesmen and woman like Freddie King, Albert King, Robert Johnson, Koko Taylor, Etta James and many others.

In addition, many people will be very pleased to hear that the band also plays earlier own works that has been recorded with former bands of Kees and Patrick. Compositions of these bands are considered "too beautiful" to leave it in the archive. Besides that, the band is working very hard on new own written material.


______________
An evening with the Kees Dusink and his band brings you back to the electric blues of the
50ties and 60ties with an own recognizable twist, the unique raw bluesy voice of JennB combined with the warm and bright "KD guitar tone"!
The band lets you swing, cry and lets you feel the real blues as it was mend to be.
_______________ 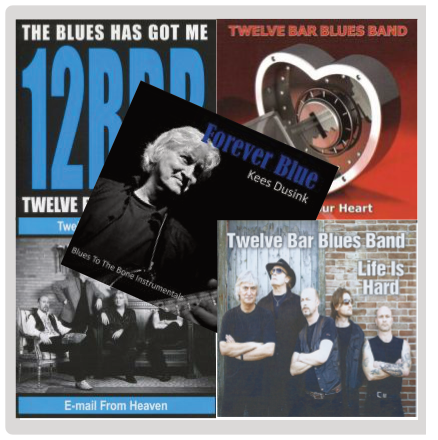 The Kees Dusink Blues Band loves to play previously recorded own works
"Having visited Mississippi (Home of The Blues) many times and having listened to hundreds of blues bands, I have never heard a guitar player more in tune with the spirit of the blues than Kees Dusink. His work defines the word "tasty" and is capable of the most sensuous phrases, as well as perfect lines for jump blues and smokin' blues rock."
Don Madsen, DWM Music - USA